We are happy to invite you to the second concert of the “Babel Club Music Scene” cycle this year i.e. “MEDITERRANEAN MAGIC – Musical Journey” by Gerard Edery & Friends.

This time, together with Gerard Edery and his virtuoso band, we would like to invite you for a mesmerising musical journey across the Mediterranean region with songs from Turkey, Greece, Morocco, Algeria, Israel, Bosnia, Syria, Spain and Egypt sung in Judeo-Spanish, Spanish, Arabic, Hebrew, Greek and Turkish.

Free admission upon confirmation of attendance at: komunikacja@tskz.pl by 20.05.2022 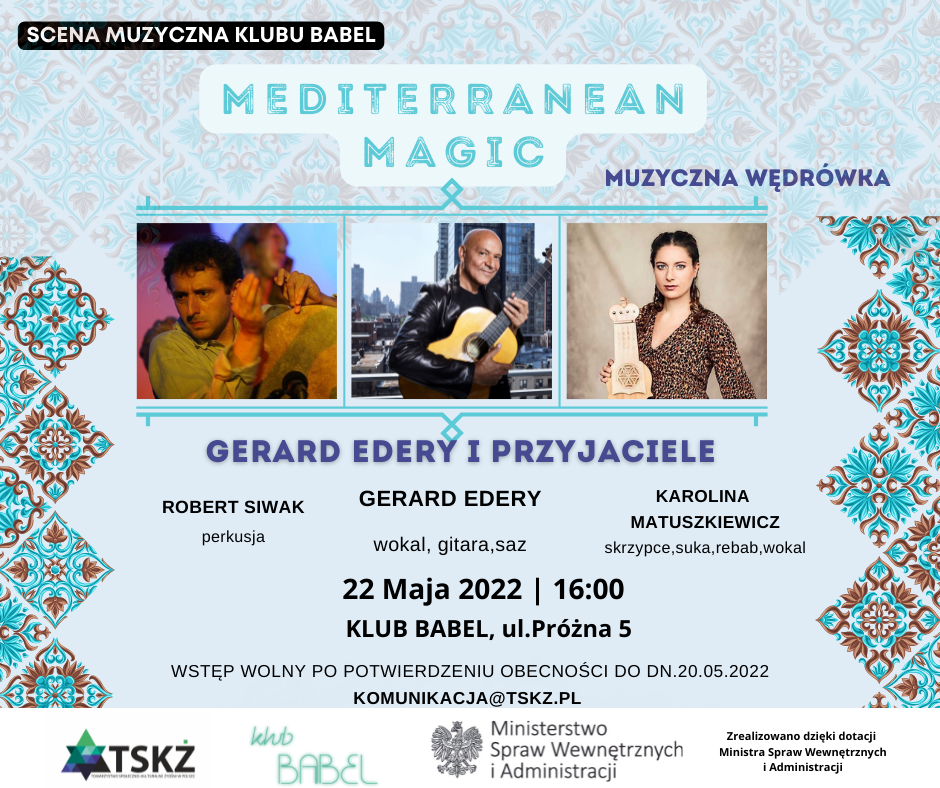