It will be the twelfth time for Łódź to organise THE DAYS OF REMEMBRANCE. On 25th-28th January 2022, the city will celebrate the International Day of Commemoration in Memory of the Victims of the Holocaust, an event which was established by the UN fifteen years ago. Thanks to the fruitful cooperation between the Social and Cultural Association of Jews in Poland, Stefan Jaracz Theatre in Łódź and Marshall’s Office for the Łódź Region, we will have an opportunity to participate in a concert, series of interesting meetings and film shows during a four-day event marking the 12th EDITION OF THE DAYS OF REMEMBRANCE. Concurrently, a series of events commemorating the victims of the Holocaust will be taking place all over Poland.

27th January is the day on which numerous festive events devoted to the memory of the victims of the Holocaust take place all over the world. The Social and Cultural Association of Jews in Poland has been recalling the history of the Holocaust and its victims since the communist period in Poland, the time when Jewish themes were neither trendy, nor popular. Together with the Stefan Jaracz Theatre and the Marshall Office, we are adding Łódź to the list of cities celebrating the International Day of Commemoration in Memory of the Victims of the Holocaust on its 15th anniversary. This year is very special for us just because we are back at the premises of the Stefan Jaracz Theatre, the Dialogue Center and Poznański Palace. The time of the pandemic has shown us, once again, how fragile human life can be. We are happy to meet again to celebrate the DAYS OF REMEMBRANCE– said Artur Hofman, Chair of the Social and Cultural Association in Poland.

This year will be the twelfth year in a row when by visiting the premises of the Stefan Jaracz Theatre, Marek Edelman Dialogue Center, Museum of Independence Traditions and Museum of the City of Łódź one will get a chance to get closer to the world of culture and history of Polish Jews. Bearing in mind the great interest in previous editions of the event, for this year’s DAYS OF REMEMBRANCE , the hosts, supported by their distinguished partners, have prepared numerous attractions such as lectures, concerts and film shows.

This year’s celebrations will be opened on 25th January at 6.00 p.m. the Stefan Jaracz Theater, with a concert. Ms Urszula Makosz, a charismatic singer specialising in Jewish songs will appear on stage together with her band. The artists will present songs in the Polish, Hebrew and Yiddish languages to the audience in Łódź. The admission to the concert is free of charge, but guests need to have tickets which will be available directly at the Stefan Jaracz Theater starting from 20th January.

The hosts of the event have decided to continue an educational project known as the Special Educational Package of the DAYS OF REMEMBRANCE, which is mainly targeted at schools and organised groups. For three days, educators representing the Warsaw Ghetto Museum, Halina Postek PhD and Wiesława Młynarczyk PhD, will conduct online classes for primary and secondary schools. The workshops will cover such topics as: stages of development of Nazi Germany’s policy towards the Jewish community, first in the Third Reich, and then in the occupied European countries. A special attention will be paid to the tragedy of Polish Jews. In the meantime, the Museum of the City of Łódź will host an in-house workshop titled: “On the trail of history and memory of the multi-faith community of Łódź”, a meeting during an exhibition “In the Common Backyard” with a possibility to visit the multi-faith Old Cemetery at Ogrodowa Street. The Education Package will commence on 26th January and continue until the end of the week. For registration details, please see the organisers’ website.

On 27th January at Radegast Station (i.e. one of branches of the Museum of Independence Traditions), at 12 a.m. an official ceremony of laying flowers at the monument will take place. In the evening, at 6.00 p.m., the Marek Edelman Dialogue Center the screening of the film entitled “Śmierć Zygielbojma” [Eng. The Death of Zygielbojm], directed by Ryszard Brylski will be presented, followed by a discussion attended by the film director and a number of historians. The film’s plot has been based on the tragic story of a Jewish political activist who committed suicide in London on 12th May 1943. His suicide was meant as a protest against the world’s inactivity in the face of the Holocaust. The story is told from the perspective of a young British journalist who, like most people in the contemporary Western world, was unaware of the scale of the crime being perpetrated in the east of Europe.

For the last twelve years, around the end of January, the hosts of the DAY OF REMEMBRANCE have been taking efforts aimed at offering the residents of Łódź many extraordinary lectures, exhibitions, films, plays and concerts to nurture the memory of our common past, recall the victims of the war, and recollect the world which no longer exists but whose memories are just longing to be uncovered… at every turn. The Social and Cultural Association of Jews in Poland is going to pay tribute to the victims of Holocaust on 27th January 2022 at various memorial sites located all over Poland. The members of the largest Jewish association in Poland are going to lay flowers at monuments in all cities and towns where TSKŻ Branches are located. Moreover, everyone is kindly welcomed to take part in a global campaign named: We Remember. To join the campaign, all you need is a blank sheet of paper. Write a caption: We Remember, take a picture of yourself holding the caption, and post it on your social media and our FB page of DNI PAMIĘCI [DAYS OF REMEMBRANCE] on 27th January 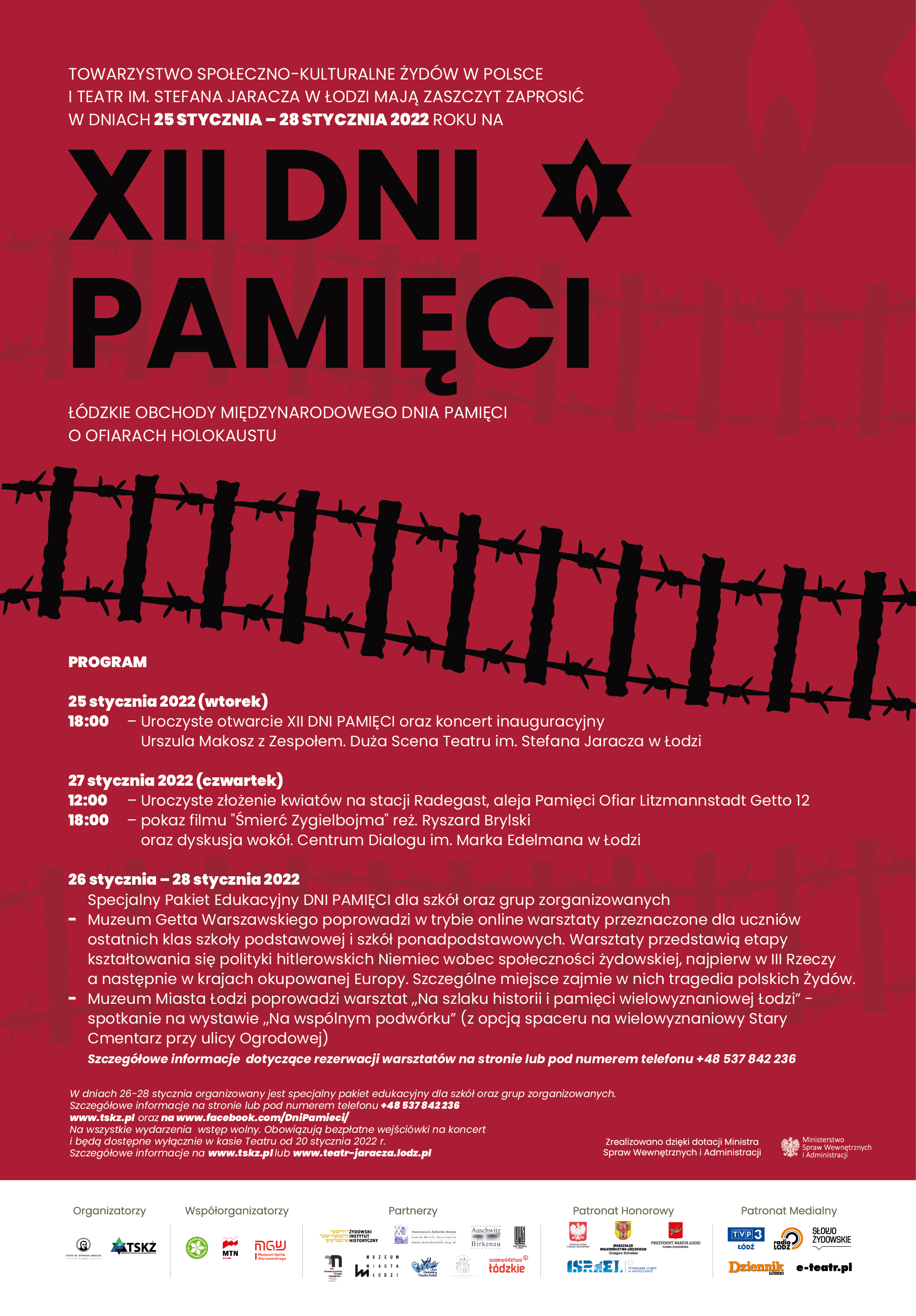 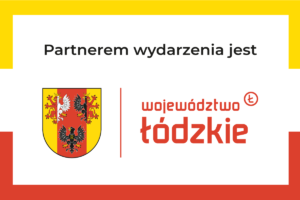 For media coverage we thank: