We are happy to announce that on 27th February 2022 at 5.00 p.m. we will be presenting a musical performance titled: “Ambassadors of Hope. Jewish Artists in General Anders’ Army” at the World War II Museum in Gdańsk. It will be a great opportunity to listen to unique pieces of music composed during the wartime, combined with a story about the fate of the 2nd Polish Army Corps and a multimedia presentation.

The World War II Museum in Gdańsk invites you to an extraordinary music show titled “Ambassadors of Hope” featuring a number of musical pieces which were originally performed by artists who accompanied General Anders’ Army along its combat route.

The musical layer of the “Ambassadors of Hope” will be supplemented by the wartime story of the 2nd Polish Army Corps. A number of artist-soldiers formed a band which was named “The Polish Parade”. The band’s musical director was Henryk Wars, and its literary director was Feliks Konarski (Ref – Ren). The band was recognised a the best music band of the allied forces.

The main theme of the performance shown at the Museum will be the fate of specific people (i.e. Feliks Konarski, Gwidon Borucki, Henryk Wars, Leopold Krukowski, Nina Oleńska, Renata Bogdańska, Alfred Schutz) who found themselves on the artistic frontline. The show is also an artistic tribute to soldier-artists who walked the entire combat route together with the 2nd Polish Army Corps, travelling though such countries as Iraq, Iran, Palestine, Egypt or Italy, and finally reaching London. The artists played a very important role in General Anders’s army. Apart from boosting the soldiers’ morale and fostering their hopes of victory, they also advocated for the Polish national interests.

The programme of “Ambassadors of Hope” includes a number of unique pieces of music which were composed during the wartime journey (i.e. Kto nad Wisłą się urodził, Romans wojenny, Gdzie najlepiej, Mleczna droga, Czerwone maki, Droga do Warszawy and many more). The show features such artists as Ewa Makomaska, an actress representing the Polish Theatre in Warsaw, Piotr Bajtlik and Jerzy Petersburski Jr, the son of Jerzy Petersburski, the famous composer who was also a member of military theatres travelling through the Middle East with General Anders’ Army, and hosted radio broadcasts targeted at soldiers in Cairo. Jerzy Petersburski Jr is also the musical director of the show. As a piano player, he is accompanied by outstanding musicians who have been performing on national and international stages. The musical story will be complemented by a multimedia projection including historical photos and films.

The performance which will be presented on 27th February 2022 at the World War II Museum in Gdańsk will be the show’s premiere performance.

Tickets for “Ambassadors of Hope” are can be bought either at the Museum’s box office or online.

The media patronage over the show is held by:

See the trailers of the show: 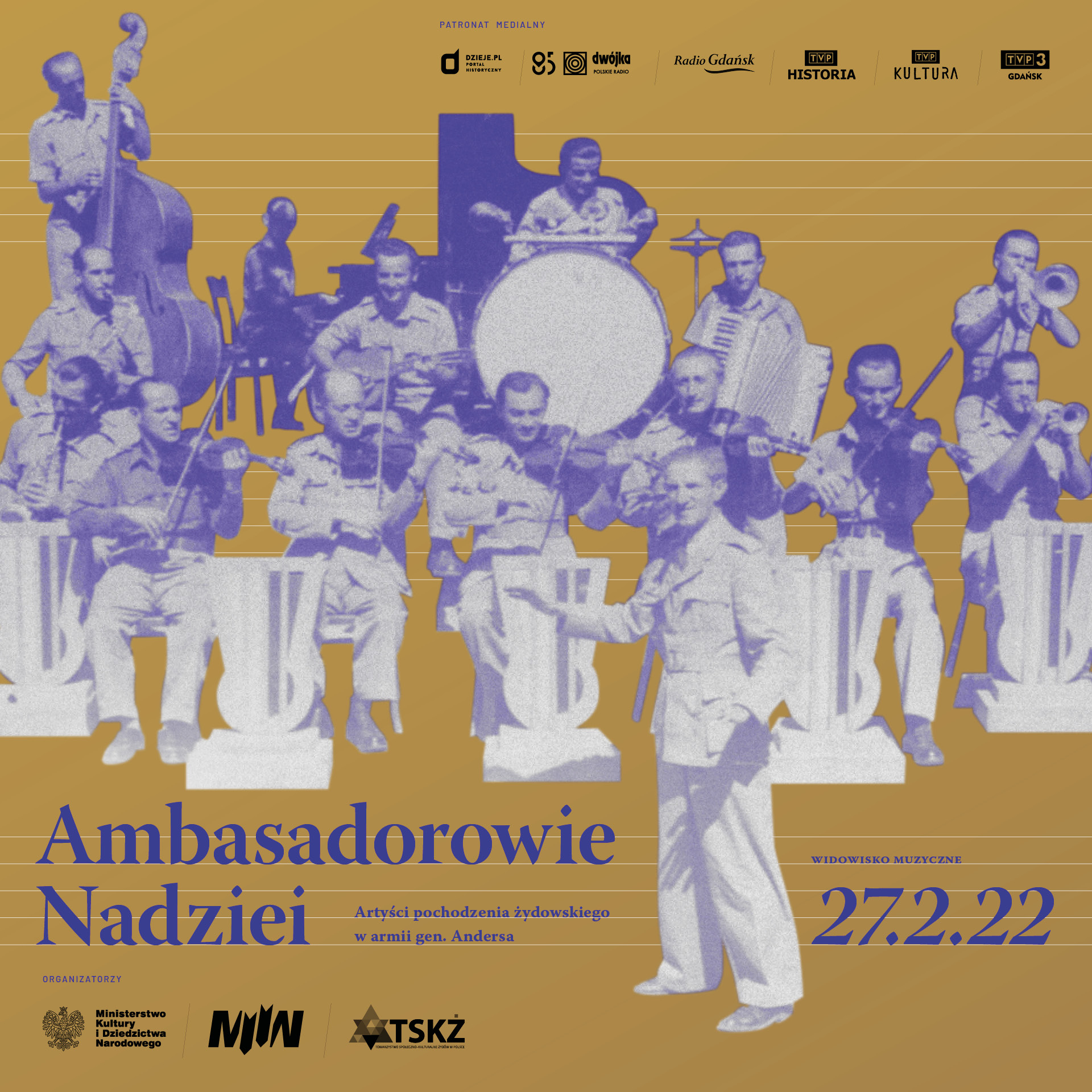