A quite common opinion repeated in the Polish community is that after the Second World War, Jewish life in Poland has not been revived. It’s not true. First of all, the times of the Polish People’s Republic were not in favor of accentuating national identity – this phenomenon concerned not only Jews. For both Jews and Poles, the Holocaust was a painful experience and therefore was not present in the broad consciousness of society. Last years have brought some changes in this respect. Nonetheless, the 1950s and 1960s constituted a fairly favorable period for the development of Jewish culture in Poland, although of course under the conditions of a socialist state. The situation was worse in the two following decades, mainly due to the mass emigration of Polish Jews. Fortunately, however, the TSKŻ (Social and Cultural Association of Jews in Poland), the most important organization representing the interests of the Jewish community in our country, survived and in 1989, along with the political transformation, a new period began for it.

Jewish life in Poland after the Second World War was extremely diverse, a large number of various organizations in the period up to 1949 is an evidence of it. Initially, the Central Committee of Jews in Poland played the most important role, from which later other organizations emerged. The Social and Cultural Society of Jews in Poland is the largest secular organization of the Jewish population, it was established in 1950 as a result of the merger of the Central Committee of Jews in Poland with the Jewish Society of Culture and Art. Similar institutions were established by Polish Jews already in the pre-war period. Using the financial assistance of the American Joint Distribution Committee, it sustained the activity of Jewish cooperatives in which many people were employed. A network of Jewish schools was maintained, where apart from general subjects, Yiddish and Jewish history were taught. Artistic, cultural and social institutions, and above all youth institutions, were active at TSKŻ. TSKŻ had a huge impact on the formation of national consciousness of Polish Jews for several post-war decades. It is an organization that has preserved the Yiddish language, despite the claims that it is dead. TSKŻ also cares for the preservation of the memory of the Warsaw Ghetto Uprising – the most important symbol of 20th century history for Jews.

For many years, TSKŻ organizes cultural events, anniversary celebrations, Jewish art exhibitions, conferences and lectures, Yiddish language courses and summer camps for youth. An important place in the organization’s activity is club activity, which favors the integration of people with Jewish roots. TSKŻ has a great contribution to cultivating the Yiddish language, mainly due to publishing projects. In 1947, in Lodz, on the initiative of the CKŻP, the publishing house “Jidysz Buch” was created, which in 1949 was moved to Warsaw and a year later became part of the then-emerging TSKŻ. Thanks to it, classics of Jewish literature, accounts of the Holocaust and contemporary literature were published. Until the closure in 1968, the publishing house “Jidysz Buch” printed about 400 titles, magazines were also printed in it.

Unfortunately, after the anti-Semitic campaign in 1968, the activities of the organization were suspended and many branches of the Jewish Social and Cultural Association were closed, primarily in Lower Silesia (including Kłodzko, Ziębice and Świdnica), as well as in Włocławek, Przemyśl, Białystok and other cities. The emigration of a large group of Jews from Poland, mainly to the Scandinavian countries, the USA and Israel, which followed the events of 1968, also contributed significantly to this. The 1970s and 1980s were for TSKŻ the years when the organization’s activity fell, but at the same time a group of new members appeared in it – Jews who for various reasons did not emigrate from Poland, and previously avoided contacts with Jewish organizations. Thanks to this, the TSKŻ could still function, and the reconstruction of the weakened structures of the association began after the 6th congress of the TSKŻ in 1972.

At present, TSKŻ has 16 branches. The political transformation in 1989 brought noticeable changes also in the Jewish environment – new organizations and new people appeared. In this context, the Social and Cultural Society of Jews in Poland is the largest Jewish organization with a large housing base and many years of practice in working for the Jewish community. The current seat of the Main Board of TSKŻ is located in Warsaw. After many years of inhabiting a building erected in 1964-67 it was demolished, and the land will soon be used to erect a new headquarters. This building, owned by the organization, located at Grzybowski Square, which along with the neighboring streets once constituted a vibrant Jewish enclave in Warsaw, was also a house for other Jewish organizations, and in the neer future will be again. Part of the building was also rented out to the Jewish Theater of Esther Rachel and Ida Kamiński.

In the temporary headquarters of the organization in Warsaw, a library is located with a rich collection of books in Polish and Yiddish and the archive of the Main Board of the TSKŻ, where many interesting testimonies showing the fate of the Jewish community after 1945 (documents, photographs, leaflets and press) were collected. For the members of the organization and its supporters, the only bilingual monthly socio-cultural monthly “Słowo Żydowskie / Dos Jidisze Wort” is published in Polish and Yiddish. The organization is managed by a twenty-four person Main Board elected by the General Assembly of Delegates. The Main Board for everyday work appoints a nine-member Presidium, it also coordinates the work of the TSKŻ branches, which have their own local management. To a large extent, the statutory activity of TSKŻ is possible thanks to the Ministry of Internal Affairs subsidies. TSKŻ also has its own Training & Holiday Center “Śródborowianka” in Otwock, located among pine forests, on the edge of the Masovian Landscape Park. It is a place of regular meetings of the Jewish community from all over the country, and during the summer many Jews who have once left Poland come here to rest. This center plays an important role in the process of integration of the dispersed Jewish environment through cultural and educational programs, entertainment and ceremonial meetings on the occasion of holidays. TSKŻ constantly cooperates with the Jewish Historical Institute (ŻIH), the Jewish Theater of Ester Rachel and Ida Kamiński, Association of Jewish Veterans and Injured in World War II, Association of Children of the Holocaust, Israeli Embassy in Warsaw, World and European Jewish Congress and other Polish and foreign institutions, as well as Jewish religious communities – primarily at the commemoration of anniversaries and holidays.

Despite the fact that today the Jewish community in our country is not as numerous as it used to be, it still has many goals and tasks to accomplish. Several centuries of Jewish presence in the Polish lands resulted in the emergence of important relations between the two cultures – Jewish and Polish. The consolidation and preservation of the cultural heritage of Polish Jews is extremely important, as is the further development and promotion of Jewish culture both among Jews and Poles. Stimulating and participating in this process is the most important task facing the Jewish Social and Cultural Association in Poland today. 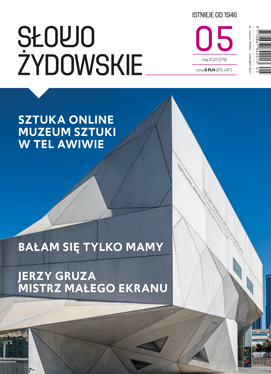 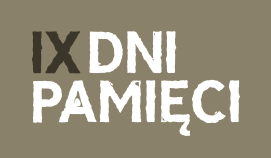 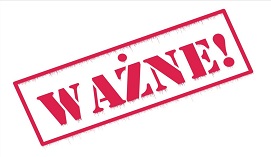 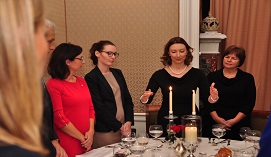 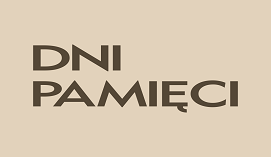 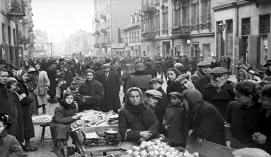 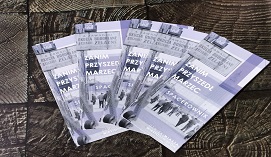 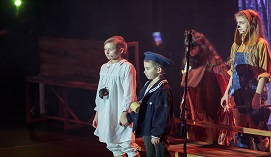 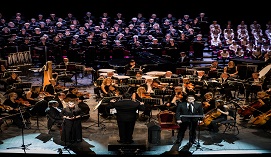